In an environment where you are “the only one”, it is easy to feel alone. The Black Tech Experience – Navigating the Tech Diversity Gap will bring together Black tech professionals from various organisations and provide a forum where Black professionals will be able to explore tried and tested ways to advance their careers, stay on top of their game and create impact across the sector. With insightful panel sessions and keynote talks, attendees will leave this event equipped with knowledge and recommendations on how to successfully navigate the tech industry.

Who is this for?
We invite all Black professionals working in the tech industry who would like to develop, be inspired, and have real, honest and open discussions in an environment that supports learning and growth. 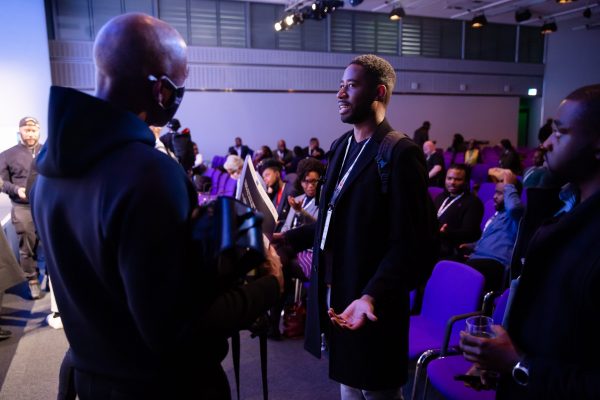 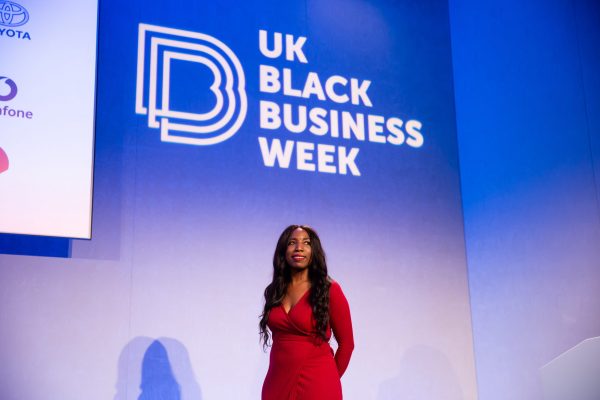 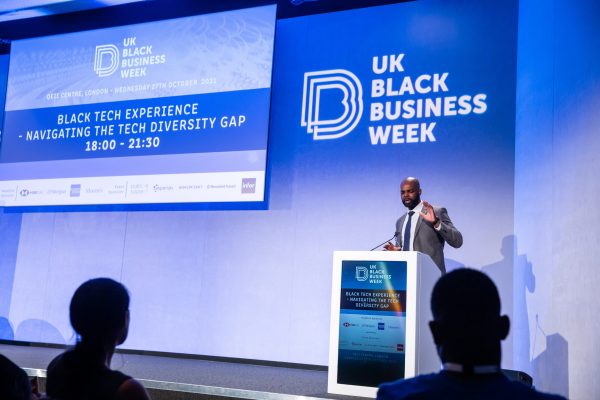 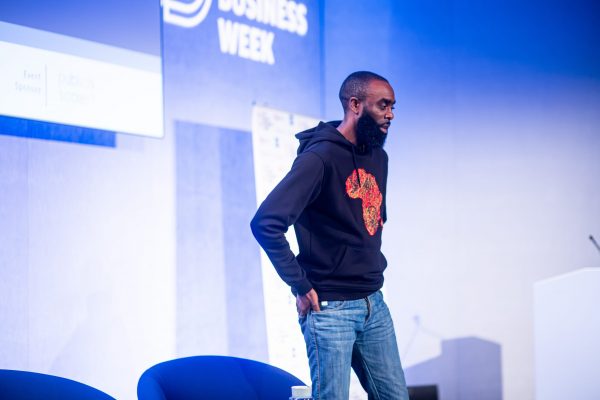 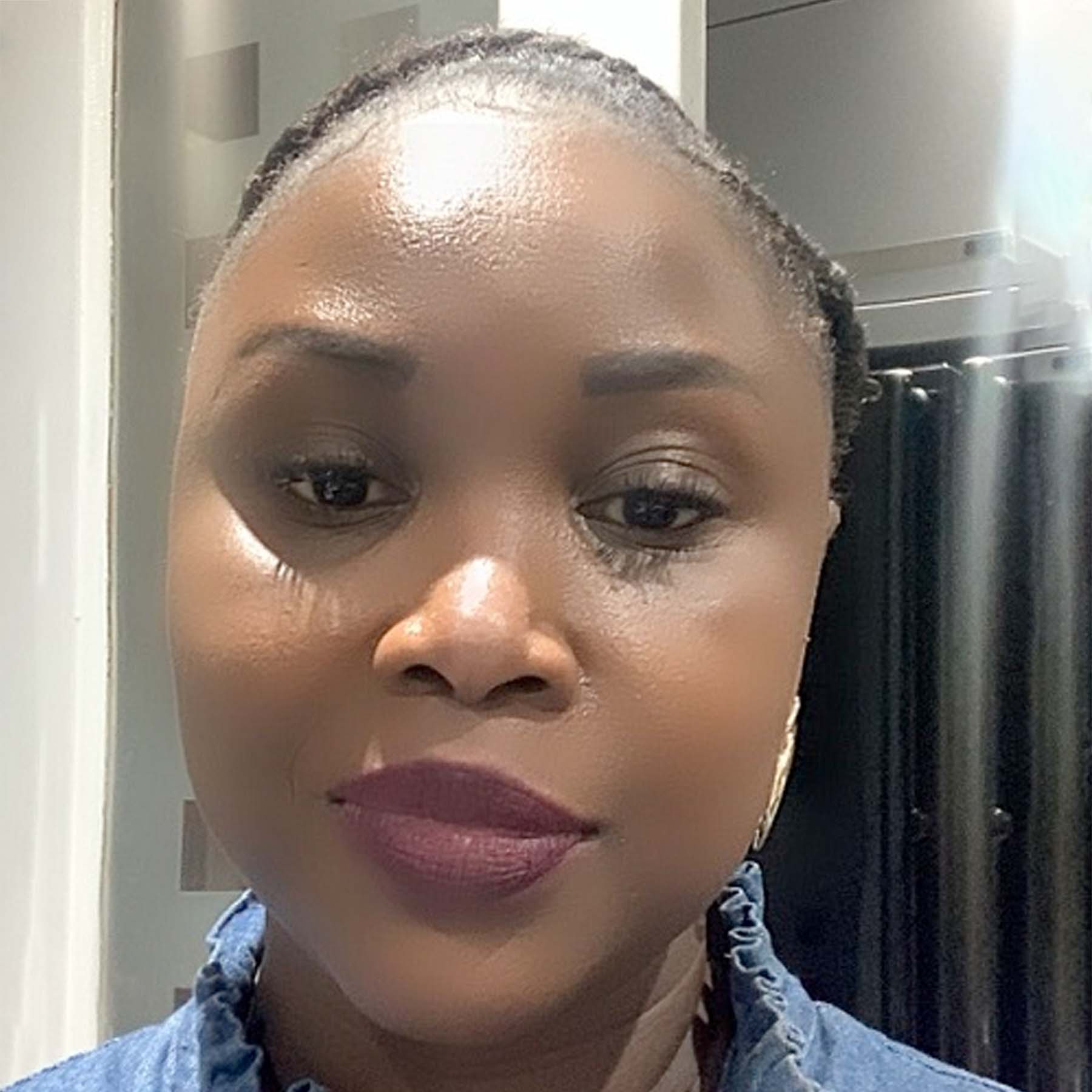 A Head of Product with 17 years experience working in Technology for Tesco.  As a Product leader, Aji believes that if the Technology industry truly values innovation and disruption, then they have to build truly diverse teams across the board.

Having grown both personally and professionally through some incredible mentorship,  Aji is very passionate about mentoring others and exploring how we can provide opportunities for talented individuals regardless of their background.

As a working mother of 4,  Aji wants to see equality for the next generation, especially around women and women of colour in technology. Aji wants to see women be able to progress at work and home and we need to be able to show young girls that this is truly possible. 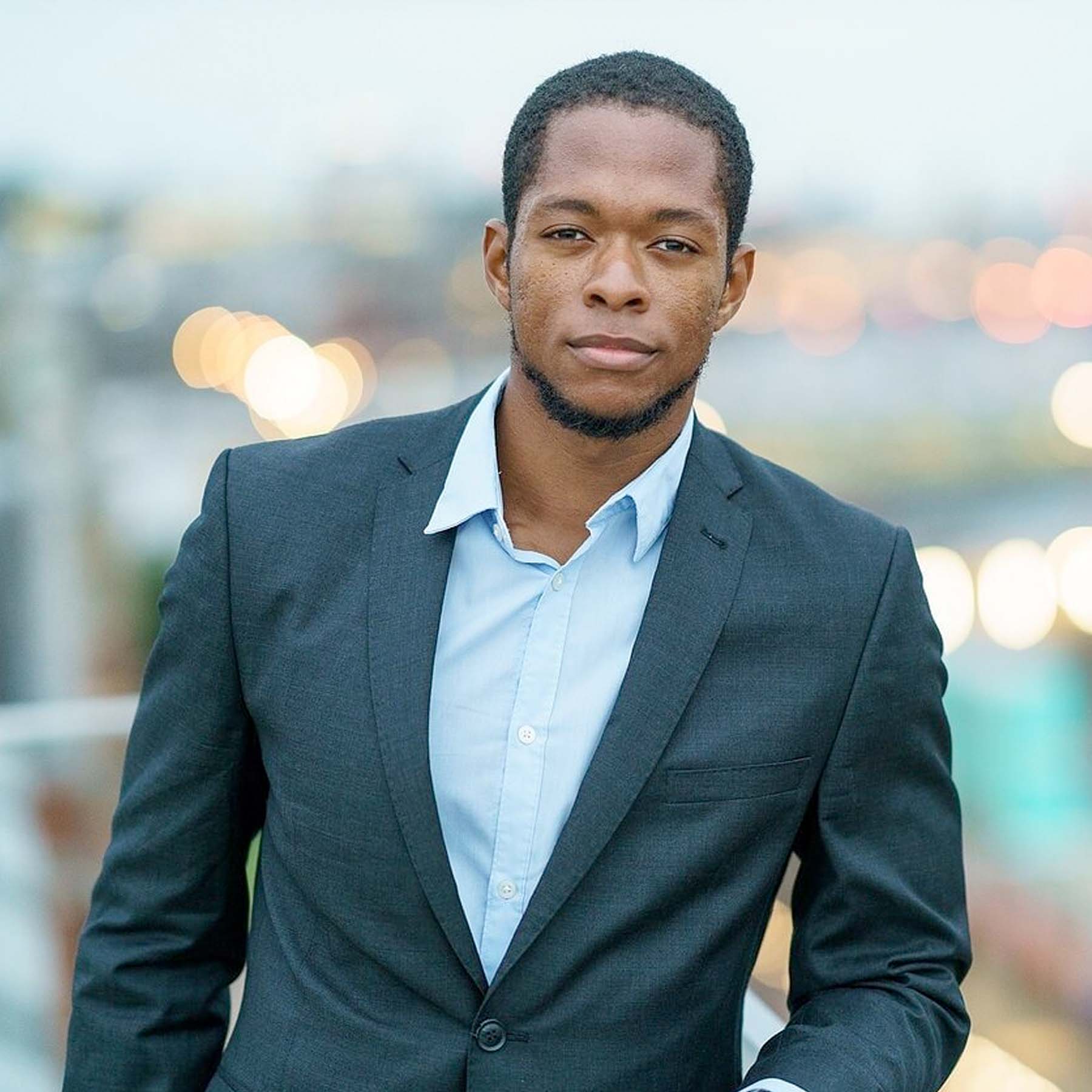 Colorintech is a non-profit aiming to improve access, awareness and opportunities for ethnic minorities to enter the tech industry. They work with a number of the world’s leading tech companies to run programs to enable students and working professionals to access career opportunities. As a testament to his work in late 2018 Colorintech was the recipient of Google.org’s biggest diversity grant (>$250k) for ethnicity-focused Diversity and Inclusion (D&I) work outside of North America.

Ashleigh started his early career in strategy at Google before moving to London startup Qubit and corporate KPMG. He has worked on a number of engagements for Downing Street, the World Economic Forum and a number of the world’s biggest organisations on a range of strategy and D&I issues. Ashleigh now consults for the Founders Forum group (Founders Intelligence) on a range of innovation strategy projects, having worked with clients such as Unilever, Fannie Mae and Rightmove 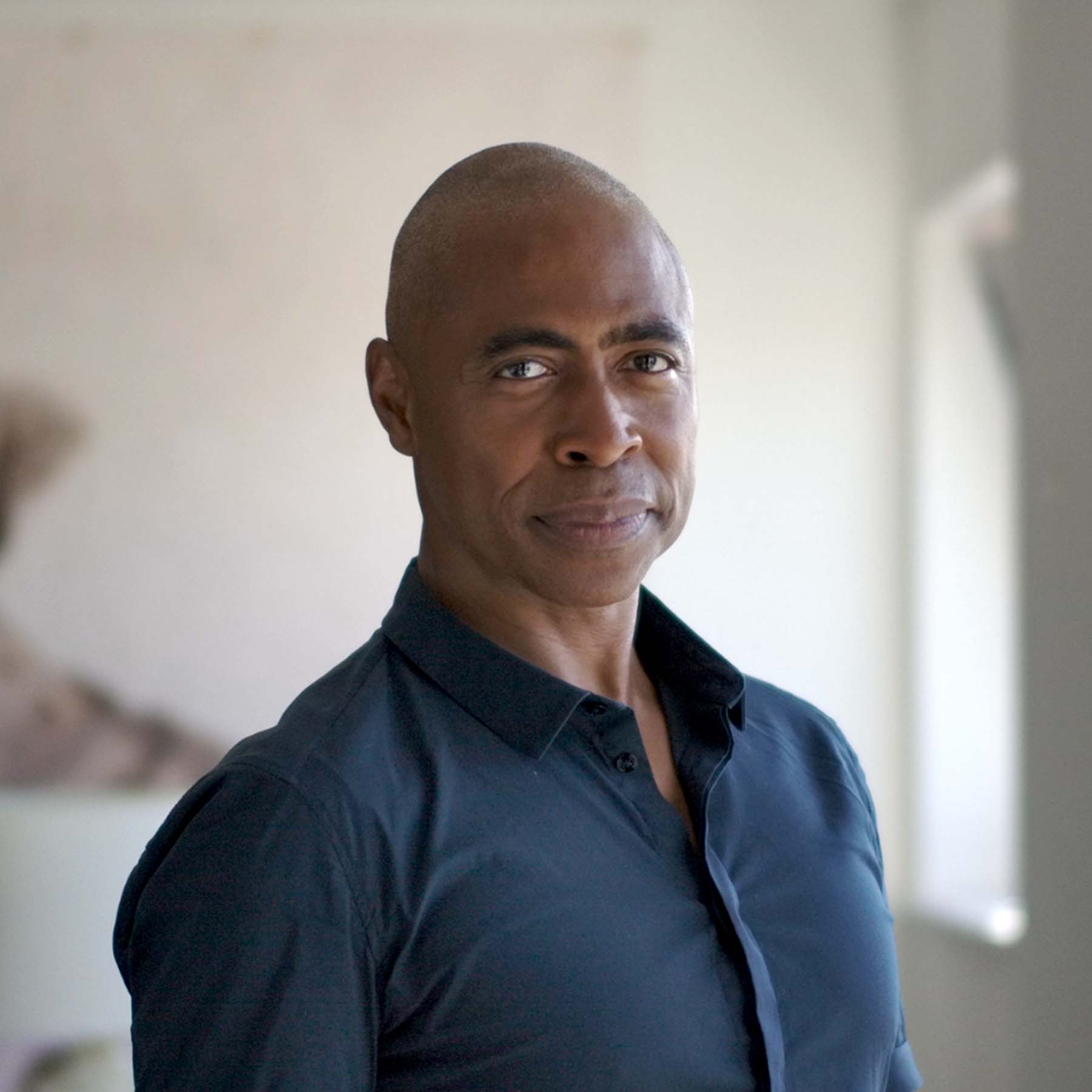 London-based Eric Collins is a serial entrepreneur, investor, technology executive and host of Channel 4 business show, The Money Maker, which sees him offer both his expertise and capital investment to British businesses, all hoping to turnaround their fortunes and secure their future. The format is based on the highly successful US show The Profit on CNBC.

Eric is an in-demand speaker whose opinions have appeared in the Financial Times, The Times, CNN, Dow Jones, Bloomberg, BBC TV, BBC Radio 4, and several national and local radio stations and podcasts. 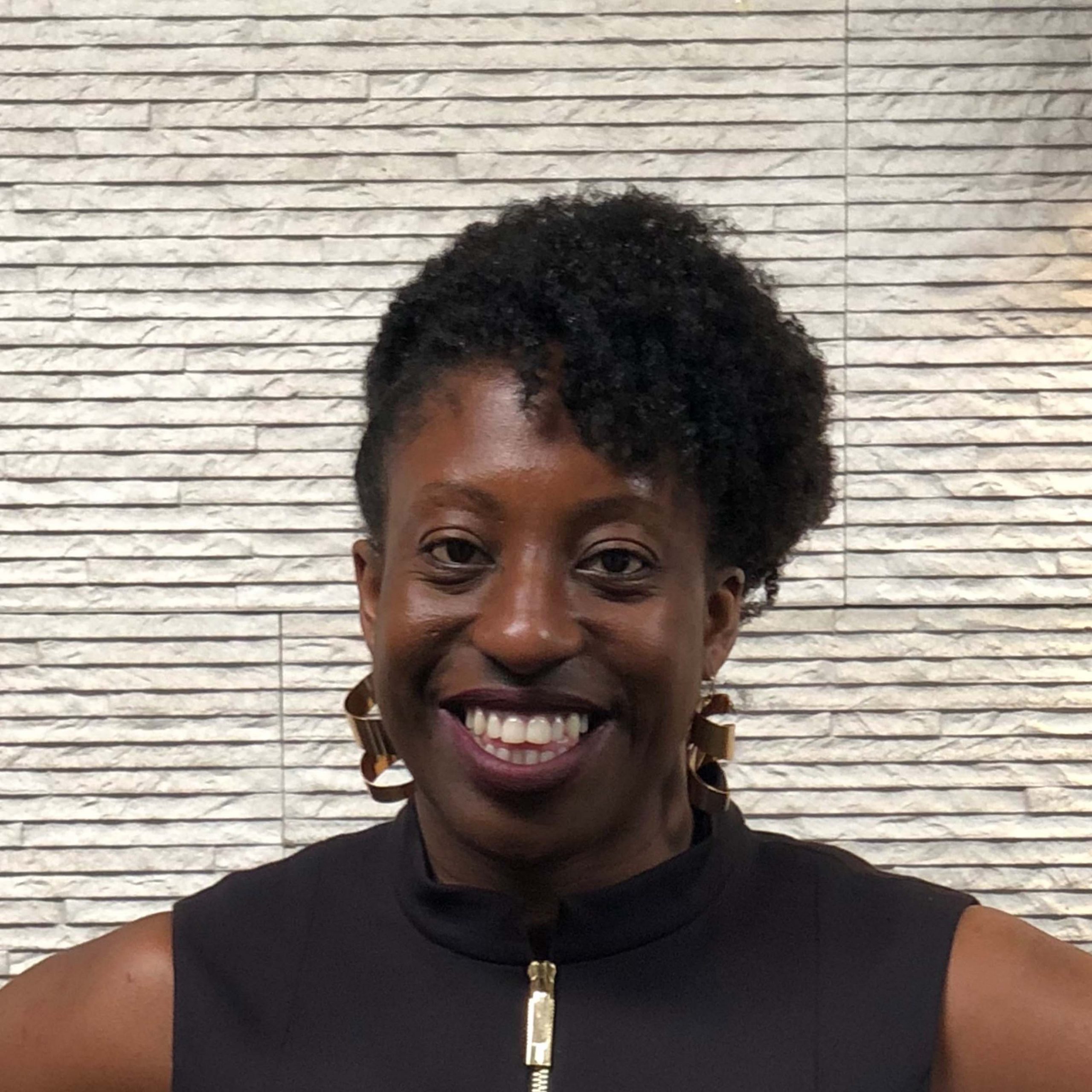 Charlene has been a software developer for over 10 years in a range of languages and technologies. She is the founder and CEO of Coding Black Females, a non profit organisation to inspire, provide opportunities, and showcase the talents of black women in tech. She is also the co-founder of Meet Up and Code, a community to bring developers together and code together. Charlene is passionate about increasing diversity in tech. 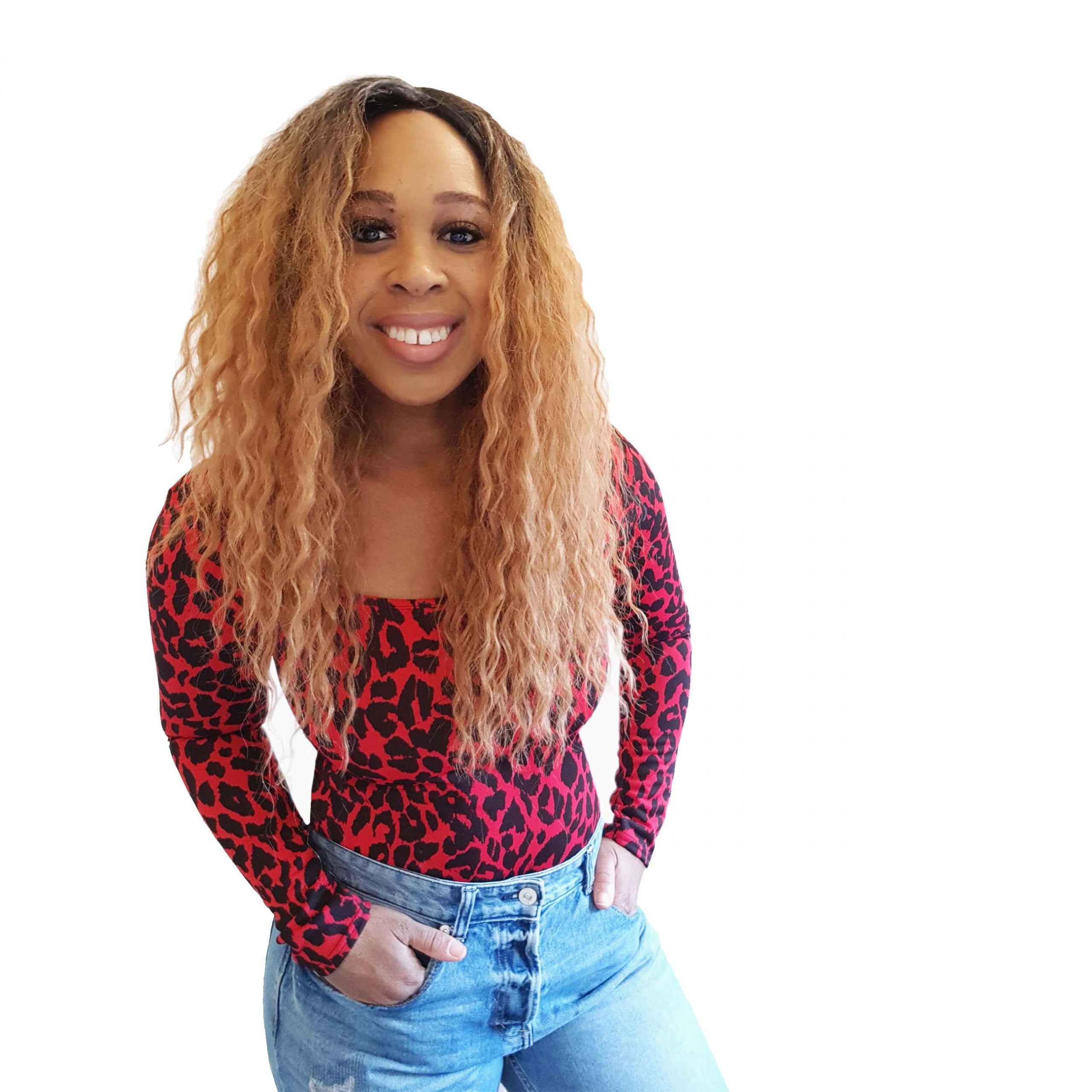 Award-winning author, creator and founder of ‘Just Like Me Books

Pamela Aculey is an award-winning author, creator and founder of ‘Just Like Me Books’ . Making diversity and inclusion a focal point of her life, Just Like Me Books is the UK’s first illustrated books business that utilizes Augmented Reality Technology (AR) to represent the underrepresented in children’s stories. Its mission is to make classroom education extraordinary, interactive and inclusive. Creating picture books where all children regardless of their ethnicity, background or ability feel inspired, visible and supported through immersive learning.

Pamela launched the business in 2019 after her eldest son was diagnosed with Autistic Spectrum Disorder and they struggled to find diverse literature where children like Walter could see themselves.

“If all children could see people who looked like them doing amazing things; could you imagine what that spark could do in their mind for their future?” Pamela says. 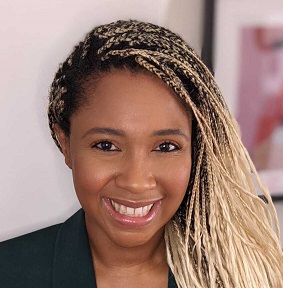 Prior to this, she started the first child-friendly coding school in the UK, Mums in Tech, which taught over 250 women to code in 3 years. She also held roles on the Venture Debt Team and Early Stage Banking Team at Silicon Valley Bank. An active part of the tech and startup ecosystem, she sits on the boards of Cajigo, Women of the Year, Ruka and Everpress, a mentor at Oxford University and runs mentoring circles for founders and aspiring VCs.  She is a founding member and judge on the Debut Sessions, a monthly pitch session for founders seeking seed investment.

She is passionate about flexible working and getting more women and girls into tech. She is a Columnist at The Financial Times. She has been named by the Financial Times as the 6th Most Influential Tech Leader and by Computer Weekly as one of the most Influential Women in Tech. June received an Honorary Fellowship at the Institute of Engineering and Technology and was awarded an MBE for services to women in technology. She recently joined the UK Government Taskforce on Women-Led High-Growth Enterprises’ which aims to support women entrepreneurs, tackle investing barriers and increase the number of women-led fast-growing businesses. 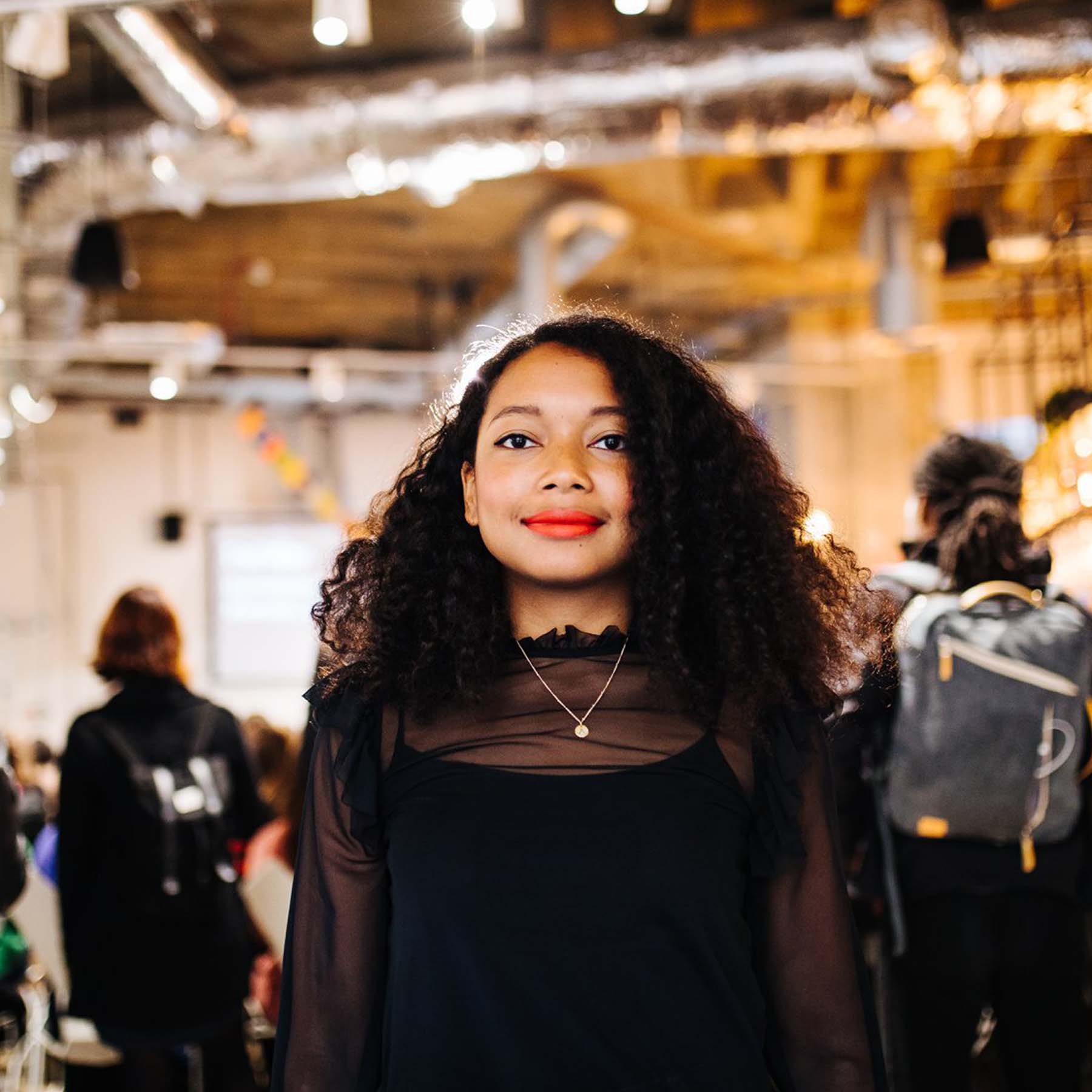 Abadesi is the Founder and CEO of HustleCrew, VP global community and belonging Brandwatch and the Co-Host of the Techish Podcast, which is listed in the top 20 Tech podcast on Apple.

Prior to her current roles she worked at Product Hunt, Elpha, Amazon, HotelTonight and Groupon where she was promoted after her first 8 months and helped scale her department 5X leading up to their record breaking IPO.

In 2016 she published her careers advice book, Dream Big Hustle Hard: A Millennial Woman’s Guide to Success in Tech which is rated 5 stars on Amazon. She has been featured in Elle, Stylist, BBC, Forbes, The Times and The Independent. 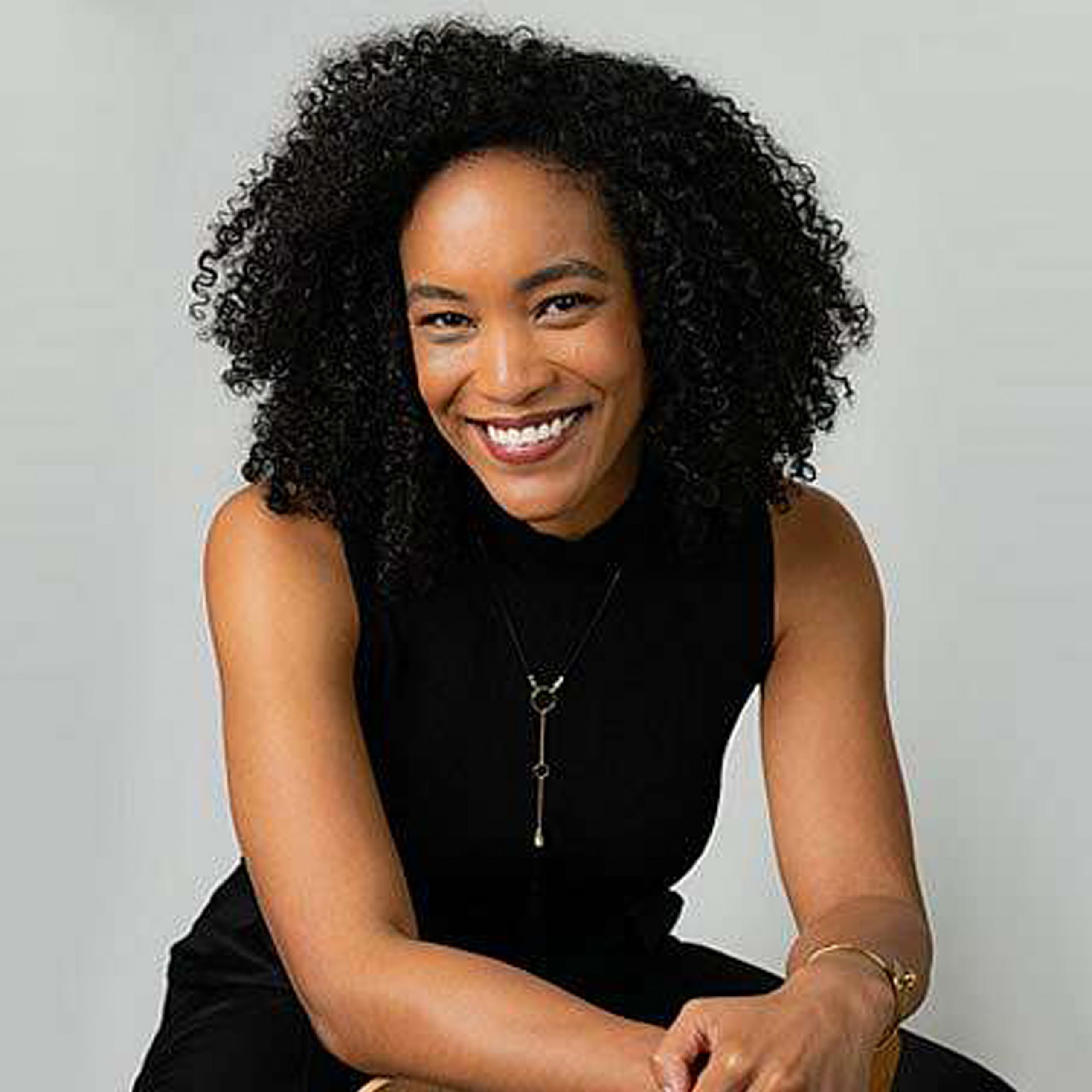 Kelly steers a global marketing team at Infor to focus on humanizing every touchpoint with customers. She understands the power of brands, the importance of targeted and personalized experiences, and how to drive a great customer experience.

She has more than 16 years of experience in digital marketing and advertising, most recently as vice president of digital marketing for L’Oréal USA Consumer Products Division, and previously at Digitas, Ogilvy, and Accenture Interactive. Kelly earned a Master’s of Business Administration from NYU Stern School of Business and a bachelor’s degree from the University of Central Florida.

She is also committed to giving back to her communities, volunteering for the New York City Heritage of Pride Organization and the UCF Deans Advisory Board at the College of Community Innovation and Education, as well as being a founding board member of Bridge to Grow, an educational non-profit bringing standardized testing prep and math tutoring to those in need. 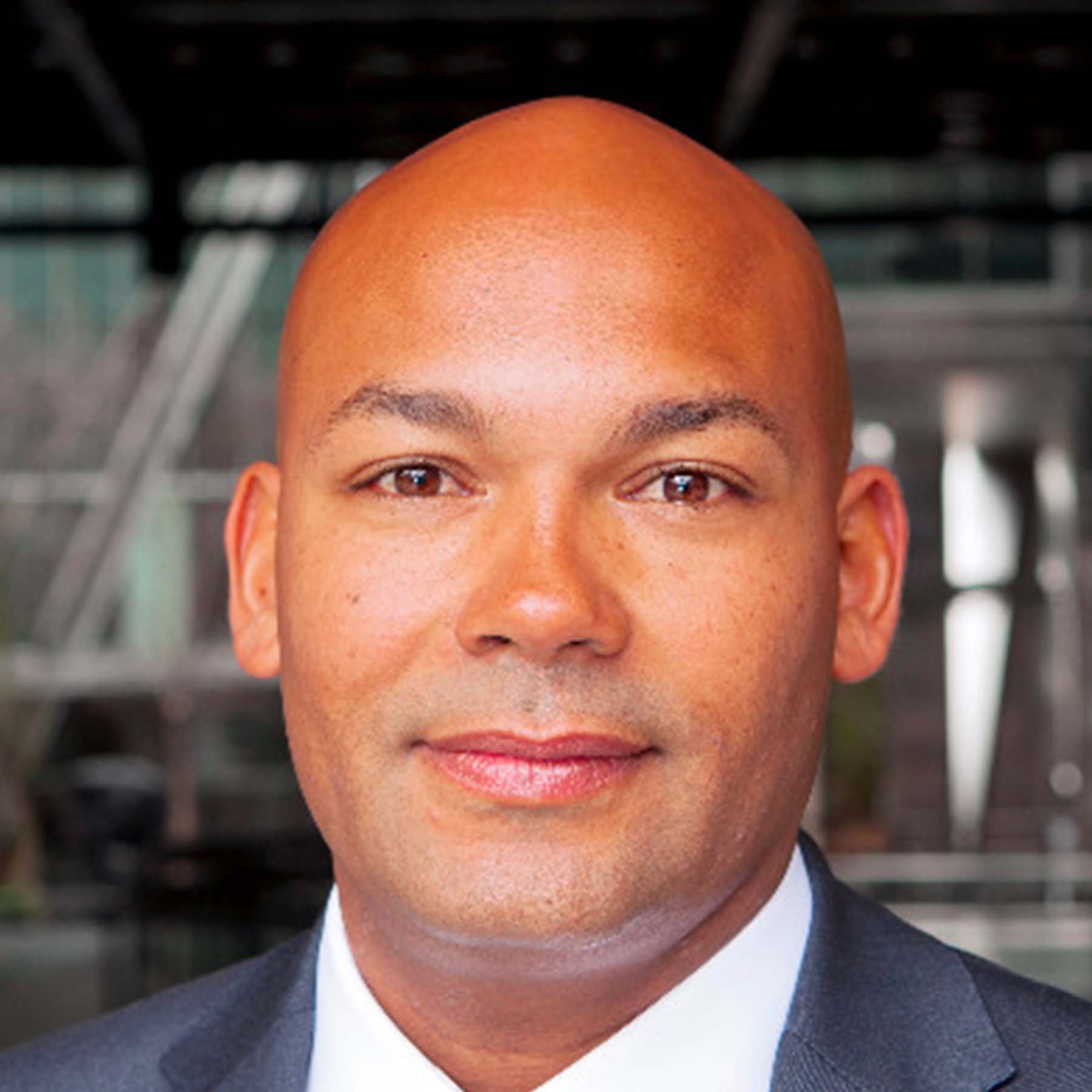 Chris is a Chartered Accountant, has a Law LLB Honours and a Strategy and Innovation Diploma. He has been a member of the IBM Consulting UKI Senior Leadership team since 2021 and nominated to the IBM Black Executive Council in 2020. With twenty years’ experience, across industries, Chris has proven transactional, transformational and network leadership skills. He is a collaborator, passionate about empowering people, and driving value creation and tangible business outcomes for clients. 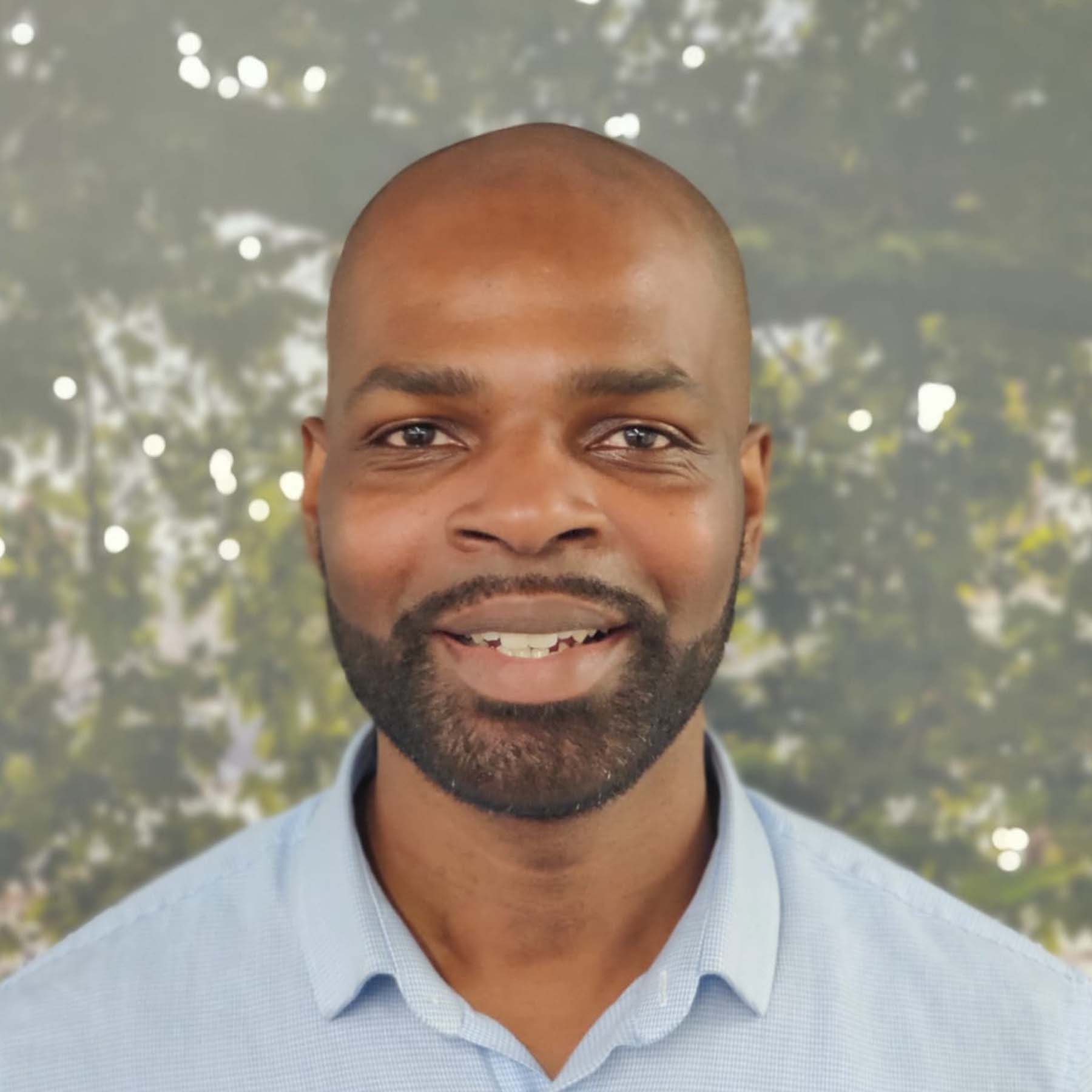 Mark Martin MBE aka @Urban_Teacher is an Assistant Professor in Computer Science and Education Practice. Mark is a thought leader in #EdTech and a hugely popular speaker, sharing his expertise and insights to educators around the world. He is a teacher/advisor for the major global tech brands and continues to advocate for home-grown talent, digital skills and education equity. In May 2022, Mark was recognised as one of the top 50 most influential people in UK IT by computer weekly. In 2019, he was awarded an MBE for services to education, technology, and diversity in UK technology. 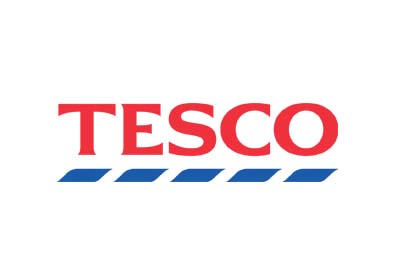 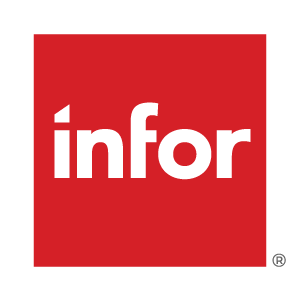 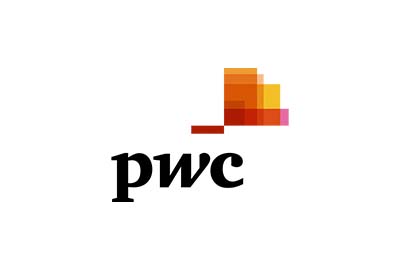